Windows 10 Mobile Will Operate 64-Bit in Next OS Update 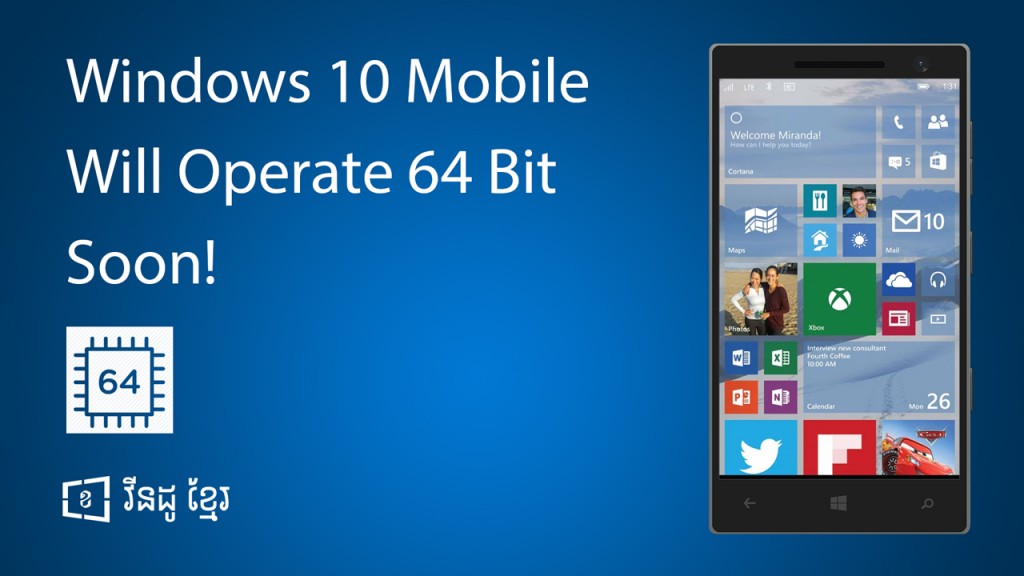 The job post is for a senior program manager says that:

The silicon ecosystem is always evolving.   Windows across all device categories is readying for the introduction of 64 bit computing with the ARM instruction set (ISA).   Bringing a new ISA to market involves working both broadly and deeply across Microsoft from devdiv to WDG to Server to Office and others depending on the scope of product target.   Many hard system problems need to be discovered and solved to be successful.   The role also requires deep engagements in the silicon ecosystem too.

Responsibilities include:
Building the plan for ARM64 aligned with the Redstone wave
Identify the “big rocks” we need to move, solve, make it happen
Build the all up view of where we are, drive the schedule
Work to ensure the necessary hardware is planned for and delivered on time
Drive performance and compatibility goals, define and drive to key metrics

One another evidence also appear on library component on MSDN website that Windows 10 Mobile will support ARM 64-bit.

The benefit of 64-bit Windows 10 Mobile will allow Windows 10 Mobile phone to have more than 3GB of RAM and may allow enough capability to allow host x86 compatibility subsystem that would allow users to run x86 apps on ARM chips.