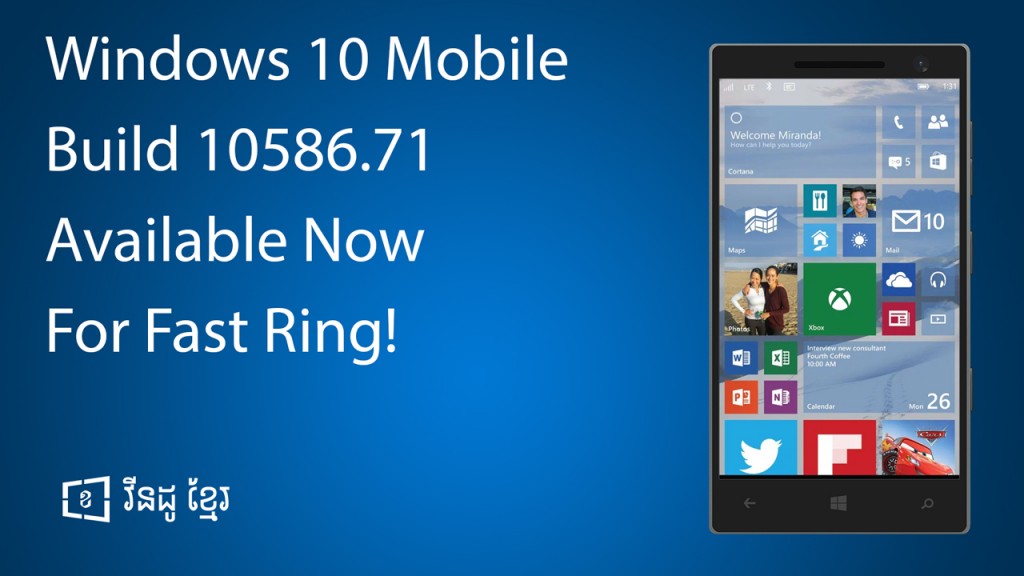 After releasing the Configuration Update in last few days, Microsoft has now released a new build for Windows 10 Mobile Insider Preview with a number of 10586.71. In this new update including several fixes on operating system process, devices, edge browser and other apps. Here are the full list of improvements delivered by this new build: